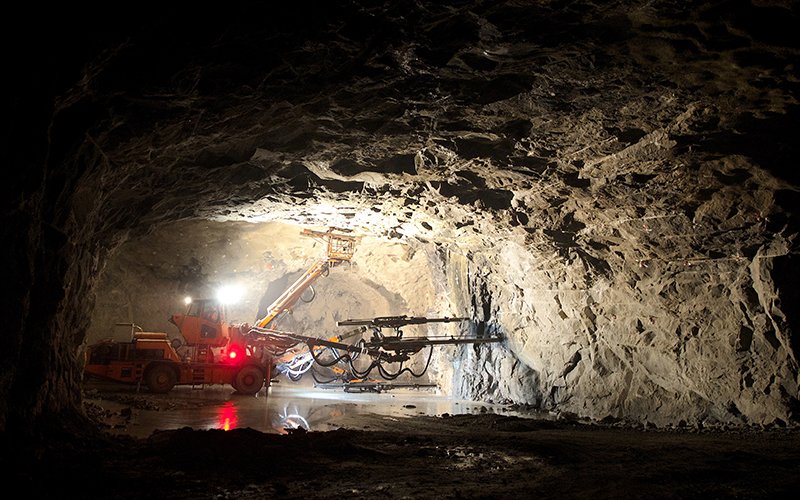 Drifting, tunneling, and bolting are all different methods and approaches utilized in underground drilling and mining to both drill and blast the rock as well as to support the rock.

Drifting refers to the horizontal tunnel that is dug following, for example, an ore vein. It can, however, also be used to describe small exploratory tunnels used to investigate engineering properties of the rock mass. A third use for the word is for smaller cuts made to a rock wall that needs to be excavated, which is then expanded out to cover the whole face of the wall with explosives.

Tunneling, on the other hand, is the general reference to any sort of horizontal excavation of landmass, the goal of which is to produce a tunnel, rather than to dig for minerals. Tunneling can utilize drifting, but also other methods such as forepoling, and is often used for construction purposes.

And finally, there is bolting, which does not aim to extract rock materials. This is a security technique that is used in mining and tunneling. Bolting involves drilling holes on the roof of the tunnel and driving steel rods, or bolts, into the holes. This distributes the weight off the face of the rock or landmass deeper into the ground, thus stabilizing it and helping prevent collapses.

What all the above concepts share is the act of horizontal drilling, also known as drifting due to the way the drill travels on its rails. As opposed to drilling down, horizontal drilling does not support the use of rotary drilling equipment but leans heavily into percussive drilling, such as down-the-hole or top hammer. In drifting and bolting, the diameter of drill bits used is typically 33-60 mm as the holes required are smaller than in many other types of drilling.

Browse products
Contact us
How can we serve You?