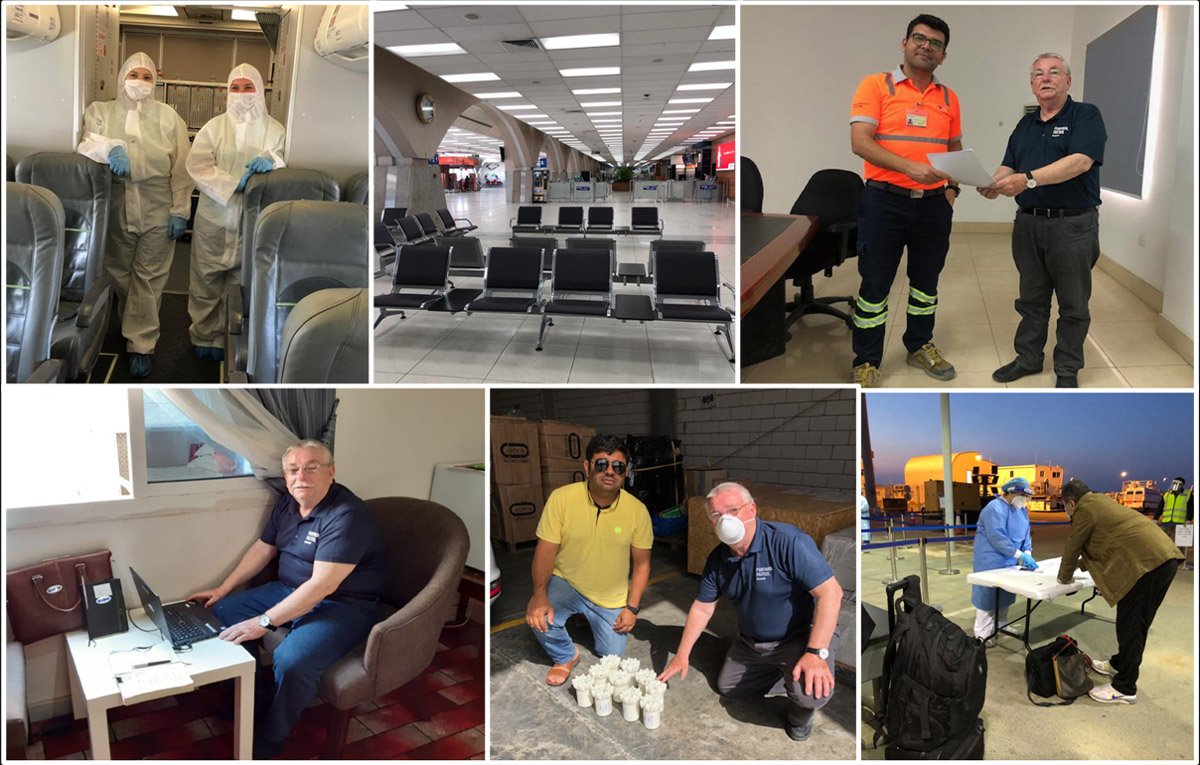 James Keenan started his usual business trip in beginning of March, however ending up in a curfew in Jeddah, Saudi Arabia for two months. This is a story of a Robit Hero.

James Keenan, Business Development Manager of EMEA-S, is in a hotel located in mountains of Cyprus. The atmosphere is relaxing – the birds are singing in the background and the surroundings are covered with plenty of verdant trees. Who would have guessed that behind this beautiful scene is a long journey starting from a usual business trip turning into a two-month isolation in Saudi Arabia due to COVID-19 restrictions and finally reaching the last stage of a 14-day quarantine imposed by Cyprian government before finally returning home on 12th May 2020.

James Keenan started his usual business trip on 9th March as he went to meet business partners of Robit in Saudi Arabia. At the same time, the world was at the threshold of COVID-19 outbreak. During the next few days and hours, the whole world went under lockdown country after another. – The planned return date of James Keenan on 16th March was also cancelled.

James Keenan managed to book a flight back to Cyprus for 19th March. However, as Saudi Arabia closed its borders for the time being, the alternative flight was also cancelled. “When the first flight was cancelled, I was disappointed, but then, after second and third cancellations, I accepted the fact that there was nothing to get angry about. As the pandemic was worldwide and human lives were lost every day, cancelling a flight was a minor issue compared to the suffering of other people”, states James Keenan. Overall, James Keenan went over six attempts to return home – all of them were cancelled.

During those seven weeks, James Keenan observed a strict daily schedule working from 8.00 am until 4.00 pm without any distractions. During working hours, he communicated intensively with his regional Robit partners and thus, maintained his normal working routines. The hard work spawned few good orders for Robit. One of them was a-two-year contract to supply drilling tools to Al Masane Al Kobra Mining Co (AMAK) in Saudi Arabia for their underground jumbo rigs. The tools are supplied by Robit’s distributor, Bin Harkhil.

The most difficult times came up during free time. “I felt heavy, but once again, I just needed to accept the fact that I had no choice, but to stay calm”, James Keenan recalls. Having regular Skype calls with his family, James Keenan was reassured that his family was in a good health and that the period was temporary.

During curfew in Jeddah, James Keenan was allowed for one-hour shopping between 6.00 am and 3.00 pm each day. The local daily English newspaper and Arab media were keeping up daily information regarding COVID-19. Thus, it was easy to follow restrictions.

The light at the end of the tunnel appeared, as Cyprian government together with its embassy in Riyadh and Saudi Arabian government started to coordinate an evacuation flight for Cypriots. Altogether 60 Cypriot passengers from Jeddah and Riyadh were successfully flown to Larnaca, Cyprus on 27th April. All the passengers were directed through corona test to a two-week quarantine.

James Keenan is one of the Cypriots, who is now in quarantine. A week is behind, another one ahead. “I look forward to seeing my family and having a nice barbeque altogether”, James Keenan rejoices the upcoming homecoming.

We are glad to have James Keenan back in Cyprus safe and well.

Let’s take care of ourselves – and others!