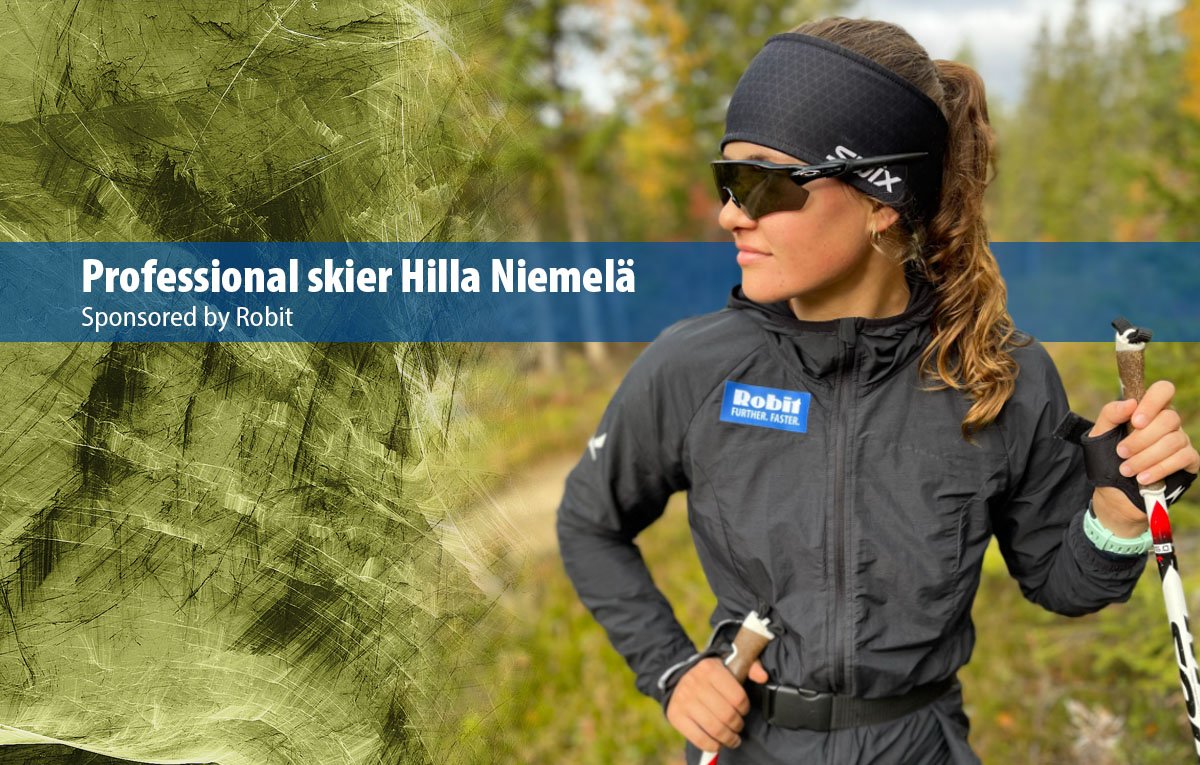 My name is Hilla Niemelä, and I’m a 20-years old cross-country skier from Lempäälä, Finland. For the past four years, however, I have been living in Northern Finland, Vuokatti. Having decided to pursue a career as a competitive skier, I came here to attend to the sports-oriented high school. And now, having concluded my studies, I am a full-time athlete.

I have had the opportunity to be a part of the youth national team, as well as to represent Finland twice in the youth World Championships and at the European Youth Olympic Festival. My main goal for the upcoming season is to attend the U23 World Championship.

Vuokatti has been an amazing environment for me to train and develop. And speaking of training, I do that for approximately 800-850 hours’ worth each year, which includes a variety of different sports. During the summers, I focus particularly on roller skiing and running, while in the winters I naturally mostly ski. In addition to these, I also do lots of strength practice and other trainings relevant for skiing, such as leaps.

On an average week, I have some 10-14 training sessions, for a total of 15-25 hours. During the summer and autumn, I of course train significantly more than during the competition season in the winter, because I need to be well-rested and energized for the competitions and can’t strain myself too much outside of them.

My father, Ville Niemelä, acts as my coach and is perfect for the job, considering he has some experience of his own from competitive skiing. It is wonderful to have a familiar and close person, who has gone through the same things I am now facing, next to me.

The competition season has already begun on my part in Vuokatti, with the Finnish Championship in roller skiing. The competition consisted of two races, a classic-style sprint and a free-style 12 km distance, and I took part in the open series in both. I’m delighted to share that I finished in the top 10 in both of the races.

The last month before the snow competition season is now about to begin now, with the start of October. This can be seen in my training as we aim to get adjusted to the feel of snow and focus on reaching higher speeds on skis.

The most important thing for an athlete is to keep healthy and maintain a balance between training and recovery. This will allow me to measure my optimal state for competition, after which I’ll do my best and see where my name will land on the rankings. However, my training in the summer and at the start of the autumn has been very successful and I have managed to land some personal records in different tests. So, I just need to keep everything together, and I’m certain I will be in my best condition yet by winter and more ready to take on the competition season than ever before.

I will return with more detailed reports from my training in October and my thoughts on the competition season before the start of the season in November.