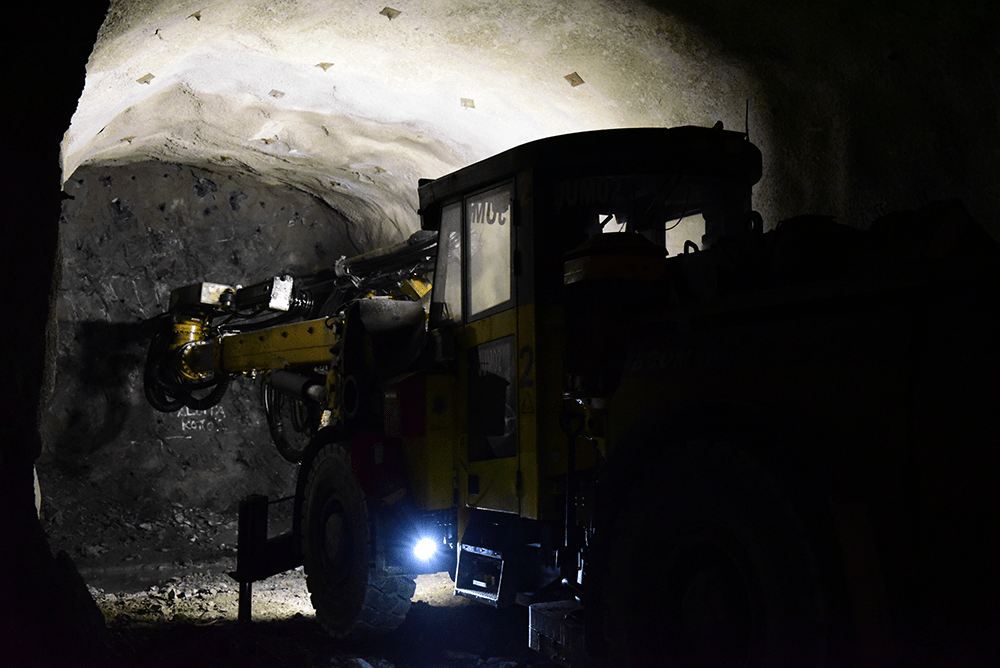 In the winter of 1986, a road construction job was underway in Kittilä, Finnish Lapland. Some rock was blasted, and out of curiosity, a geologist working nearby decided to examine the boulders – and found something. Today it is the site of the largest gold mine in Europe.

Gold was found in several boulders, and the Geological Survey of Finland began prospecting the site. The deposits turned out to be quite rich. More than twenty years passed until gold mining finally began in the Kittilä mine; first in an open pit in 2008, and underground a couple of years later.

Since 2012, mining in Kittilä has been exclusively underground. Today, Agnico Eagle Finland extracts some two million tonnes of ore each year, with annual gold production of around 7,000 kilograms.

Since May 2021, Robit has been supplying drilling tools to the Kittilä mine under a long-term contract. This includes, among other things, a turnkey drillmaster service, including a sharpening service. Robit supplies the products from their consignment stock, located 350 metres underground in the mine.

In Kittilä, Robit is dedicated to finding ways to cut costs per drill meter in cooperation with the customer. When the need arises, tailor-made products can be developed to meet the customer’s needs. A case in point is cable bolting, a common method used in underground mining to reinforce the rock before extraction.

“Cable bolting posed some problems. The drilling gear did not work properly in broken rock; the flushings escaped into the rock fractures and the drill bit would get stuck,” says Kimmo Kangas, Sales Manager at Robit.

“We suspected that the problem was caused by the side flushing of the bit. Our customer tried what would happen if you welded the side flushing shut – and it helped. We then made a series of bits at the Lempäälä factory that were modified in the same way,” says Kimmo.

Robit’s R&D Engineer Mika Koskinen was closely involved in the development work. “The results improved, but not quite enough. We discussed this with the bolting rig operators, trying to figure out what to do next. Based on the mining company’s views and our own design ideas, we developed the second iteration of the bit, which was substantially different. It finally solved the flushing problems, and drill meters began to reach excellent levels,” says Mika.

The new high-performance drill bit has been in use at the Kittilä mine since early 2022. Plenty remains to be drilled, as the mine is expected to operate until 2034 with the current ore reserves and production volumes. By then, new deposits may well be discovered in the course of prospecting.

Top Hammer Drilling | browse products
Contact us
How can we serve You?