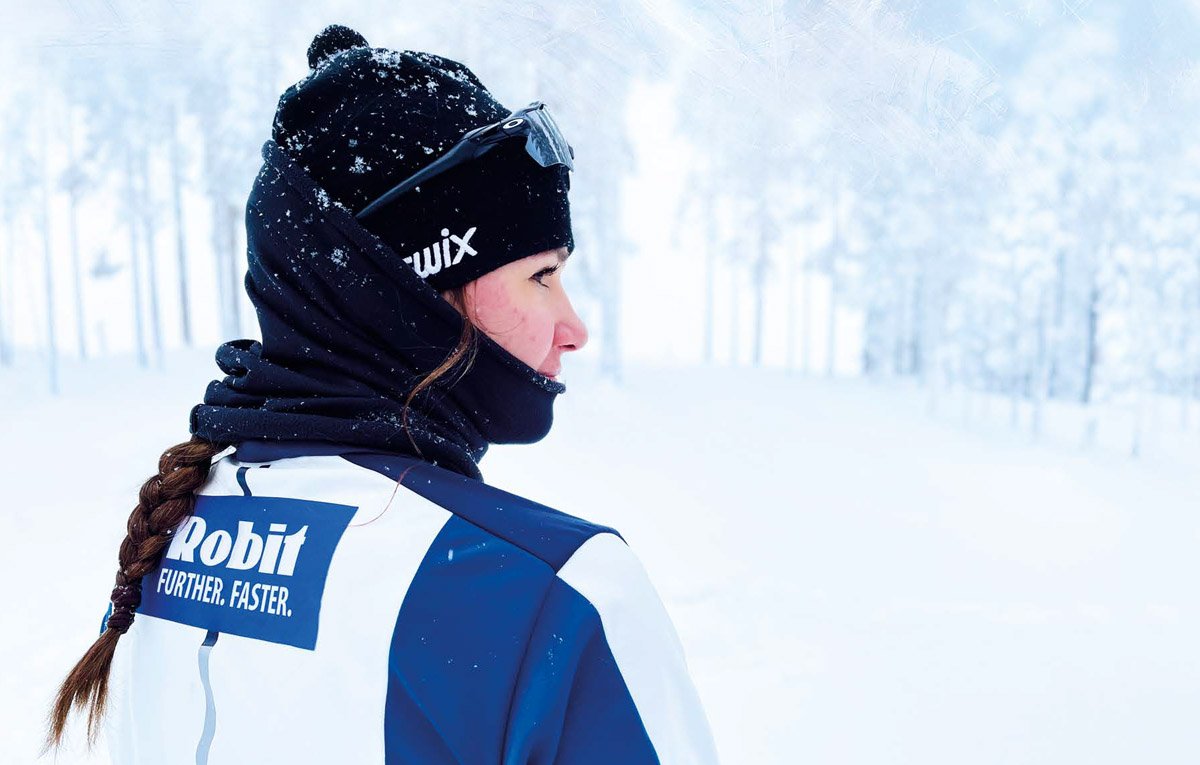 Hilla Niemelä is one of the rising young stars in Finnish skiing. Her main target for the current season is the Nordic Junior World Ski Championships in Norway in February 2022. A corporate supporter of sports, Robit signed a sponsorship and cooperation agreement with Hilla in late summer 2021.

The collaboration between Robit and Hilla is based on shared values and jointly produced media content that gives glimpses into Hilla’s training, racing career, goals, current affairs and future expectations. Hilla kept a training diary for our readers in November 2021.

Monday, Nov 1
The competition season is knocking at the door, with races for the next three weekends. The autumn training has gone well and I am looking forward to the races. I have only one race in the Vuokatti Finnish Cup, the freestyle sprint. In previous years, I’ve been in pretty good shape at the season start. After easing up the last couple of weeks, we’re now training intensively, which might affect the upcoming sprint.

Whatever the race mood on Saturday, we have a good plan. On Friday I will do a preparatory training and it will indicate the race mood better. I’ve only skied outside a few times because the warm weather has made the track a bit softer and slower. In Vuokatti I can also ski on the tunnel, where the conditions are always the same. The track in the tunnel is a bit harder, which suits me better at the moment. However, the Saturday race will probably be quite soft and slow.

Saturday, Nov 6
The race was exactly as I thought it would be. Legs were insensitive and skiing felt like a chore. Yesterday’s power workout didn’t bode well, but I felt better than yesterday. My coach and I came to the conclusion that I just hadn’t done enough skiing in the mush to be successful today. However, so far so good, no need to make changes. Next up, more snow touch and aerobic training before the next race.

Saturday, Nov 13
Today, national competition in free style, 9 km distance. It was my first race with the new pair of skis I got yesterday. They worked perfectly, but my performance was a bit sluggish. The ground was quite soft and it’s the hardest for me to ski on. Still, first distance race of the season, and even with a weaker performance, I did alright compared to the others.

Sunday, Nov 14
Today was the classic style sprint. Three years ago, this distance was very good for me, but since then I haven’t been able to measure up my performance for lack of races. I was very nervous about the race, but in the end I really enjoyed it. It was great training for next week’s Finnish Cup, where I’m competing in the same distance. I managed to do all four starts and now I’m much more confident for next week!

Friday, Nov 19
Arrival in Taivalkoski. Tomorrow is my long awaited classic style sprint. This is also the qualifying weekend for the Ruka World Cup, so it’s going to be an exciting race. Feeling good and confident for tomorrow’s race.

Saturday, Nov 20
Taivalkoski Finnish Cup sprint. Disappointment. Even though I qualified 17th, the skiing felt stiff and phlegmatic. The heat was a bit better, but still the skiing felt and looked bad technically. I was 15th in the final results, my best so far in the Finnish Cup, but my goal was to reach the semi-finals. It irks me that I couldn’t give my everything the way I wanted. Tomorrow is another day though. I’m doing the classic style 10 km.

Monday, Nov 22
No start for me on Sunday. Today the doctor prescribed antibiotics for an ear infection. Maybe that was the reason for Saturday’s poor performance. Usually the body gives clear signals before getting sick. Now I’ll just try and get better; my next start will be in early December at the Ruka Winter Games, if I’m well by then. Luckily I got to see a doctor quickly and I’ll defeat this illness as quickly as possible. The season is still young and I’m not worried, although falling ill is never a good thing. It’s only after new year that I need to get up to full speed. Plenty of time to prepare! 😉